Three new members at the AQT's Board of Directors

Three new members at the AQT’s Board of Directors

Montreal, November 22, 2018 – The Quebec Technology Association (AQT) is pleased to present its new Board of Directors for the year2018-2019. Mr. Paul Raymond, President and Chief Executive Officer of Alithya, has agreed to serve as President for a second year, with three new directors joining the Board. They are Valérie Coutu, Jovaco Solutions, Johanne Devin, NovAxisSolutions, and Sébastien Vachon, from Korem Géospatial.

A member of the AQT since 2012, Mr. Raymond has contributed to AQT, notably by intensifying his political representation efforts during this period of change of government. It is also under his leadership that AQT has launched its “Parcours Jeune Entreprise” program, which aims to help start-ups in their growth. It should be noted that for the first cohort, eight tech companies were awarded a scholarship that allowed them to take part in various networking and training events, while benefiting from the support of experienced members who demonstrate their willingness to help one another. for the growing needs of such an effervescent sector. 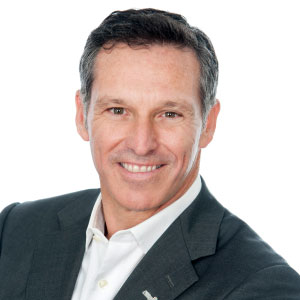 “Engaging in succession means allowing young entrepreneurs to believe in their dream, to build their own companies by giving them the tools to succeed and, above all, to encourage them to continue, and to take advantage of the network. business that is AQT, rich in experience and people of great value.” quotes Paul Raymond.

Paul Raymond / Chairman of the Board of AQT

Board members exemplify the representativeness of the technology sector and understand the issues and challenges facing AQT member business leaders. Their involvement allows the Association to have an offer that meets the needs of the market.

Finally, the AQT would like to thank the outgoing directors: Louise Cardinal – TechnoMed Solutions, Mario Seguin – Medwave Optique, David Marotte – FX Innovation and Stéphane Bernier – Effenti, for their professionalism, their know-how and their collaboration during the last years.

The Quebec Technology Association (AQT), the inescapable techno business network, provides executives with a stimulating and world-class environment that is conducive to the growth of their business and industry. With its 500 members, it brings them together to increase the performance of their organization. A self-funded non-profit organization, the AQT represents the entire industry in decision-making bodies and is one of the Top10 techno associations in North America.