QUEBEC(Quebec), October 1st, 2015 – The Quebec Technology Association (AQT) has just announced the creation of a second tax credit fund, established by FINALTA CAPITAL, in support of member companies in the Greater Quebec City and Eastern Quebec regions. Concurrently, the AQT announces the recapitalization of the funds, which were launched last year for companies located in the Greater Montreal area and enjoyed unprecedented success. The creation of this fund will lead to shorter waiting times of refunds for businesses that qualify for tax incentives for scientific research and experimental development (SR&ED), electronic business development (CDAE) and the production of multimedia titles.

“Annually, ITC industry companies must devote immense financial resources to development and commercialization. Reducing the wait times associated with tax credit refunds will enable them to keep their market strategies on course thanks to the pre-financing of their expenditures in research and development, tax credits for the Development of E-Business (CDAE) and the production of multimedia titles,” said Nicole Martel, the AQT’s President and CEO.

“AQT’s member companies have their financing pre-approved for two years and paid the first day of each quarter in anticipation of budgeted expenses. Therefore, they are well-positioned to bring their innovation to market more quickly and gain a significant competitive advantage, both domestically and internationally,” Maxime-Jean Gérin, CFA, and President and CEO of FINALTA CAPITAL, said.

About the Quebec Technology Association (AQT)

The Quebec Technology Association (AQT) contributes to the development of the Information and Communications Technology (ICT) industry by serving as a representative for businesses across Quebec. The association is helping over 1,500 business leaders develop their skills and grow their organization. It also promotes the evolution of commercial practices by advocating for the entire industry at various decision-making levels. As a not-for-profit and self-funded organization, the AQT currently stands as Quebec’s largest ICT business network, with over 500 member companies. For more information, visit: http://www.aqt.ca/en

Established in 2007, in 2012 FINALTA CAPITAL became a subsidiary of Groupe Centria, one of the largest specialized lenders in the field of residential construction. The management team, hailing from an institutional background, provides a robust and transparent financial framework. Within this framework, FINALTA CAPITAL’s streamlined structure allows for expedient, easy processing with no surprises. With access to significant capital, FINALTA CAPITAL can offer loans ranging from $250,000 to $6,000,000. For more information: www.finaltacapital.com 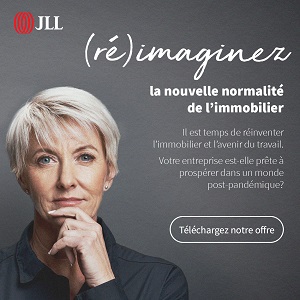